Are you a pet owner or retailer?

Tick the button below if you would like to receive trade news!

Types of worms in cats and dogs

Worms are unpleasant, potentially dangerous, and no one wants their pet to become infested. Fortunately, worms are also easy to keep at bay as long as you follow a regular worming routine. But how much do you really know about the different types of worms that affect our cats and dogs? Read on to find out more.

Worms are parasites which need a host in order to complete their life cycle, such as your cat or dog. Worms can be picked up from the environment, from ingesting infected prey or from fleas.

The most common types of worms that infest our pets belong to a scientific group of primitive animals called ‘helminths’.

How many types of worms are there?

Although simple in structure, worms have been on Earth for millions of years. During this time they have evolved into thousands of different species, and adapted to live in many strange places, including inside our pets.

While there are many types of worms that can affect cats and dogs, there are only a few specific worms that UK cat and dog owners need to be aware of.

What are the main types of worms in cats and dogs that I need to be aware of?

Roundworms are spaghetti-like worms that live in your pet’s intestines feeding off their gut contents. Roundworms are also the most common type of worm that can be transmitted to humans. Fortunately, you can minimise the risk of getting a roundworm infestation yourself by:

How do cats and dogs get roundworms?

Cats and dogs most commonly pick up roundworms by ingesting worm eggs picked up from the environment. Roundworm eggs can lay dormant in the environment for over a year, and are particularly sticky so easily attach to fur, paws or noses. Roundworm eggs are also extremely small, so you are unlikely to see them on your pet.

After ingestion, the roundworms continue their life cycle inside your pet.

In both cases, the roundworm larvae will be ingested and hatch out in the stomach. They will then migrate throughout the body.

In healthy, adult dogs, who have a strong immune response, roundworms are usually prevented from completing their journey. Instead, the roundworm larva is diverted to the muscles where it forms a dormant cyst. These cysts can remain dormant for many years, and do not harm your dog in this state. It is only when your pet’s immune system becomes compromised that the roundworm larvae become active again and are able to complete their journey to the intestines.

This could occur as your pet naturally becomes older, or due to illness or pregnancy. The latter is the reason that kittens become infected with worms during nursing and why puppies are often born with worms.

What are the symptoms of roundworms in cats and dogs?

Symptoms of roundworms in cats and dogs are hard to spot, but can include:

Tapeworms are one of the most common types of worm to afflict cats and dogs in the UK. Classic tapeworms (Taenia species) are flat worms made up of a string of segments all linked together. They’re often said to resemble a tape measure.

In order to complete their life cycle tapeworms need an additional intermediate host. For a Taenia tapeworm, this may be a mouse or a rabbit, for Dipylidium caninum it’s usually a flea or louse, and for Echinococcus granulosus this is usually livestock.

How do cats and dogs get tapeworms?

Tapeworm infestations occur when a cat or dog ingests the infected intermediate host. This could occur after hunting and/or eating infected prey, or during grooming.

In your pet’s stomach, the intermediate host is digested but the tapeworm larva produces anti-enzymes to protect itself. Once released, the tapeworm larva will travel to the intestines and attach its mouthparts to the gut wall. Here, the tapeworm will grow into a string of segments and continue to mature to adulthood. At this point it will release egg-filled segments from the end of the string, which will be passed in your pet’s faeces.

Dipylidium caninum tapeworm segments often resemble grains of rice. Taenia tapeworms are flat worms made up of a string of segments, often said to resemble a tape measure. These segments may be seen in pet’s faeces, around the bottom or back legs. Once dried out, the segment will burst open, releasing thousands of tapeworm eggs into the environment and the whole process starts again.

Echinococcus granulosus is one of the few tapeworms that is also zoonotic. Echinococcus granulosus is rare in the UK. They are mostly located in more remote parts of the country, such as areas of Wales, parts of South Herefordshire and the Western Isles of Scotland. The intermediate host is usually a sheep, so dogs need to be scavengers or fed raw offal to become infected.

What are the symptoms of tapeworms in cats and dogs?

Symptoms of tapeworms in cats and dogs are hard to spot, but the most common are:

What can I do to protect my pet from roundworms and tapeworms?

We recommend worming your pet at least once every three months. By committing and sticking to a regular worming routine, you can help reduce the risk of both your pet and your family becoming infested by worms.

What other types of worms in cats and dogs should I be aware of?

Also known as French Heartworm, lungworms generally prefer a warmer climate, and so are less common in the UK. However, the number of incidences has spread across several areas of the UK in recent years, so it is worth pet owners becoming more aware of them.

Lungworms mostly affect dogs, who can become infested when they eat infected slugs or snails. Lungworms live in the blood vessels supplying the heart, and the larvae burrow into the lungs.

Symptoms of lungworms in cats and dogs include:

Hookworms are a type of roundworm, that can cause serious health problems for your pet. Hookworms are small worms that live in the intestines and usually grow to between 5 and 16mm in length. They are so called because adults ‘hook’ their mouthparts onto the gut wall and feed off your pet’s blood. This can cause anaemia and damage to the gut wall.

The Ancylostoma caninum hookworm is common in central and southern Europe. The Uncinaria stenocephala hookworm is also known as the ‘northern hookworm’ due to its ability to tolerate colder climates. But despite this, it is still considered an uncommon type of worm in the UK.

However, studies have estimated that 7 out of 10 foxes in the UK carry hookworm, which increases the risk of dogs becoming infected. In cats, hookworms are very rare in the UK.

Hookworms are hard to spot, but some symptoms include:

Heartworms are not currently present in the UK. But, if your pet travels abroad with you they could be at risk as mosquitos transmit heartworms. Symptoms of heartworms in cats and dogs include:

If you’re travelling abroad with your pet, be sure to visit your vet before you travel to discuss the most suitable treatment. You’ll also need to ensure your pet’s passport is in order.

Threadlike in appearance with a thick tail end, whipworms grow from 50 to 76mm long. They live in the last part of the small intestine and the first part of the large intestine. The female whipworm can go for long periods of time without laying eggs, which can make them difficult to diagnose.

Whipworms are rare in the UK, but if you’re travelling abroad, your pet may be at risk. Many broad spectrum wormers will also kill whipworms, but ask your vet for further advice if you’re concerned.


You can find out more about the complete Beaphar Worming Range by clicking the buttons below. 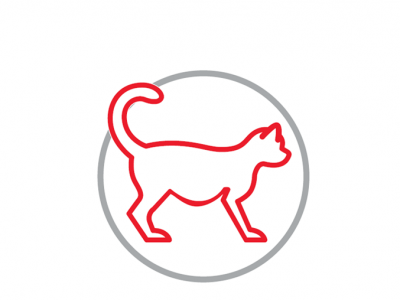 Does my cat have worms?

Find out how to keep your cat and your family safe, how to reduce the spread of worms, and the signs and symptoms to loo...
Beaphar UK
Next Article 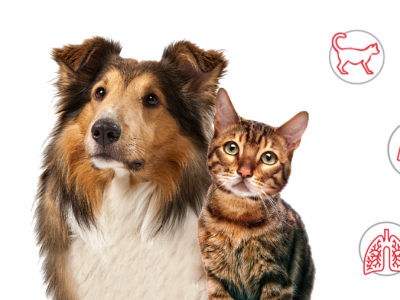 Symptoms of worms in cats and dogs

Learn the signs of worms to look out for to help you catch a worm infestation sooner rather than later.
Beaphar UK

Newsletter - Keep up to date

Manufacturers of pharmaceuticals, health care products and super premium complete foods to help improve the lives of all your pets.